July 13, 2020
Hey, y'all! In the last post, I mentioned I was going on a four day trip with my grandma, sister, and two cousins, Jonah and Sam. I had so much fun!! There are tons of pictures to share, and normally I post them all at the end of a post, but each picture has a story, so I'll just post a picture as the story comes up. Grandma rented a cabin, and it was the same cabin we had rented 7 years ago for Jonah's 1st birthday. Cydney and I slept up in a loft, the boys slept on a pull out couch, and Grandma slept on the queen sized bed in the room. The best thing about traveling was the country roads. There was one road we drove on that had no lines, was very thin, and was pretty much traveling straight up a mountain. Do y'all like car rides? I do, but I'm not a huge fan of long ones. 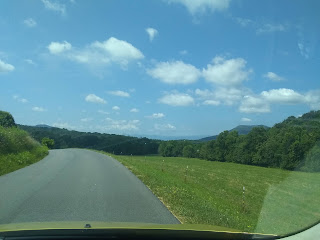 There wasn't as much to do as normal, because of the virus. The waterslides and kiddy pool were closed, as well as the big float that was normally in the middle of the lake. However, the pool, lake, and river were open. The first night, we had a fire, and we roasted marshmallows. 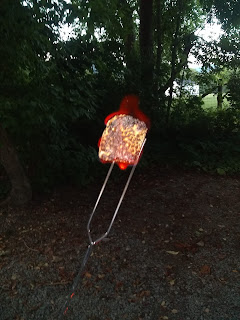 One of the days we were there, we went to Safari Park, one of those places where you drive through and the animals come up to your windows. I hadn't been in years, so it was like a new experience for me. It was so much fun! There are some great pictures, too. 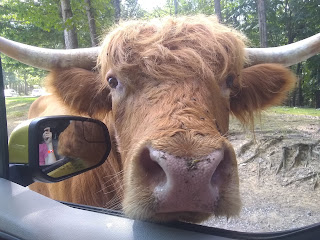 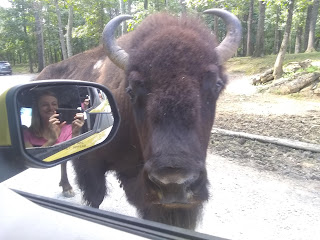 And then there was the moment that will forever be in my mind, that I still laugh about every time I think about it... That llama's face though.... 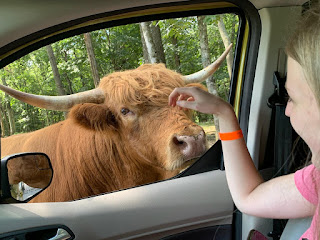 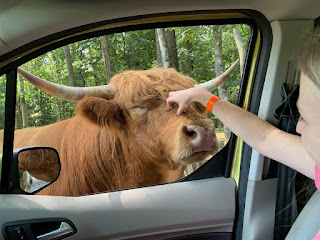 And this guy reeeeaaallllyyy liked the nose scratches, lol. Overall, it was a really good trip! 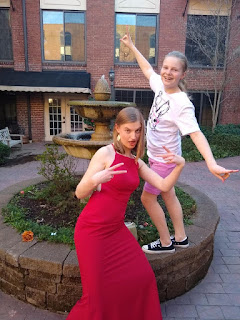 April 02, 2021
Hey y'all! I sincerely apologize for not posting for almost 3 months . Has it really been that long? Yes, yes it has. I did not intend on abandoning this blog for that long, but here we are, two and a half months later. I just now have seen the comments asking where I'm at, and I apologize for not responding to those. However, I am back and I don't intend on being gone that long again. Thank you so much for your patience!  So, where have I been? Well, to be honest, I've been living my life. Nothing drastic happened, and I celebrated my seventeenth birthday a couple months ago :). I really don't have an explanation as to why I haven't posted, but I am sorry! I had no idea the last time I posted that it would be the last time for quite awhile. Sheesh!! I plan on posting more "devotional" type posts in the future, so stay tuned :). School has been quite busy these days, and I got behind at one point, so I am just now *finally* getting caught back up.  Y&#
Read more